Want to be truly happy? Here’s how.

Let me show you a simple process you can follow to beat anxiety and feel more positive, find happiness in life and become a truly happy person.

I want to talk to you about a really simple – but also quite a complex – concept. That concept is happiness, and in particular: What is happiness?

Is it attainable for you?  Is it possible to find true happiness in your life? The short answer to all of those question is absolutely yes.  But to fully explain it, we need to define what happiness is and then define how to get it.

So, for the purposes of this blog today, I’m going to define happiness as a long-term feeling of contentment and overall satisfaction with life in general.

That can bring with it short-term cheerfulness but it can also bring ups and downs over life but it gives you the resilience to deal with those ups and downs in your life.

So, I’m not talking about short-term joy, although joy is a byproduct of true happiness.

I’m talking about happiness as a long-term overall satisfaction with life. So, let’s get into how to achieve it.

Step 1: Stop living your life as a reaction

Step one involves understanding that we, as humans, are living in a state of constant reaction to the world around us.

Now, what does that mean? There is a universal law that every action has an equal and opposite reaction.

So, let’s take for example a bad day:  You get out of bed, you step on one of the kids’ Legos and immediately, you know it’s going to be a bad day.  That, right there is a complete and utter reaction, a natural reaction because stepping on Legos hurts like hell. As a mum of boys, trust me on that one.

However, the belief that comes to the surface after you’ve stepped over a Lego is, “I’m going to have a bad day.” And that is a reaction to something that’s happened to you.

Reactions are normal. There’s no getting away from reacting. You need to react in life but there’s a difference between reacting and living a life of reaction.

So, what do I mean by that? Keep reading.

And I see it on Facebook all the time:

People are like, “When is my bad luck going to end?” Or, “The shit just keeps happening, this happens again and again and again.” And writing a Facebook status about it is the ultimate reaction.

I see people listing out all the bad things that happened to them and what that does is it grows the reaction and it increases the chaos and just means that you keep bouncing around. Reaction, reaction, reaction, reaction…and the signal that you send out is misaligned with what you want and of course, every action has an equal and opposite reaction.

And you stop reacting simply by becoming conscious of the fact that you are reacting, that as stuff keep happening to you, instead of reacting to it, you take some space for your reaction and you just consciously process, “Alright, what’s happened to me, this bad luck, is happening because of a misaligned signal. So, what I need to do to fix this run of bad luck is to realign my signal, send it back out there again.”

So, you just do that by taking some space, a few seconds before the reaction or after your reaction if it’s an immediate thing, if you stepped on Legos and you’re going to swear your head off about it. After that happens, you just take some time just to think, “Alright, stepped on Legos, swore my head off. Now, I’m going to take a moment to take some space. I’m going to realign my signal and today will be a good day from here on in.”

Step 2: Get grounded – see what comes through

To truly realign your signal, get grounded in yourself.

Grounding such an important thing especially when you’ve been stuck in a reactive echo, a misalignment of chaos.

Stuff happens so you react to it, it goes off everywhere – boing, boing, boing – you’ve got no control over the chaos.

The way to get your control back is to simply, with the space that you have, align your energy and get grounded.

Once you’ve brought your energy down into your body, bring it down into your feet and then I like to imagine tree roots growing out of the soles of my feet and going down into the core of the earth to connect with the very, very center of the planet.

I have a free mp3 energy healing guided meditation that will talk you through the steps of how to ground your energy and calm your energy and quieting your energy to realign your vibration and your signal over on my website.

Step 3: Get to know yourself and your values

After you’ve grounded your energy, you need to get clear on what you want that new signal to be.

Really knowing what’s important to you, yourself as an individual, is vitally, vitally important to overcoming anxiety and attaining more long-term happiness in your life.

What you need to do is align yourself and become consciously aware that those are what your values are and then you start living your life in alignment with those values and what that means is:

If something is in your life that is a direct contradiction to your values, get rid of it.

Just get it out of your life and you don’t have to hold any guilt about that because all you’re doing is putting yourself first and acting in alignment with your values.

Doing that is what long term will bring sustained happiness to you in your life, it absolutely will.

I’ve done this myself, I’ve moved from living in a life of constant reaction which is what anxiety is.

Anxiety is a reaction, it’s a reactive mechanism.

The way to get yourself into alignment is to ground yourself and to know what your values are and then you attain happiness and get more happiness, sending those aligned signals out there by acting in alignment with your values.

And that’s as easy as it gets.

It truly is so simple to implement in your life.  Not easy, necessarily.  There are probably some tweaks that you need to do that will be quite challenging for you but so well worth it.

If you feel you need some extra help to remove anxiety blocks from your life, book a distance or a Skype reiki healing session with me. 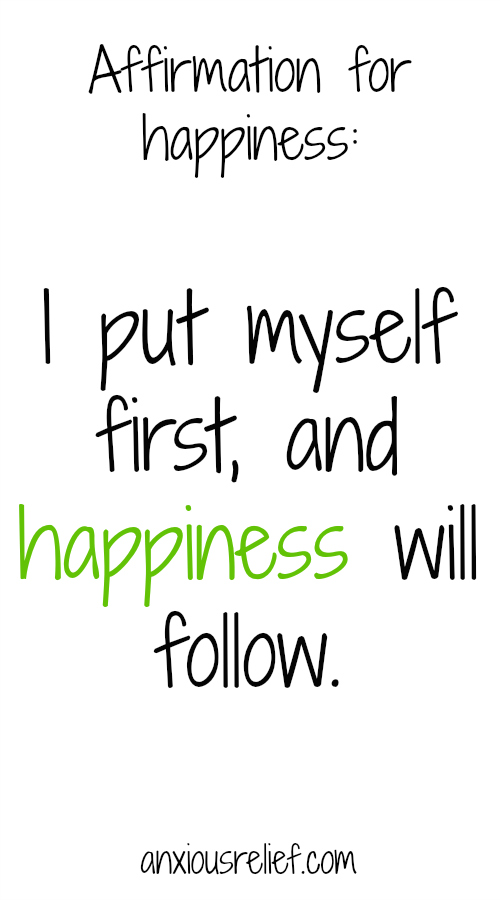